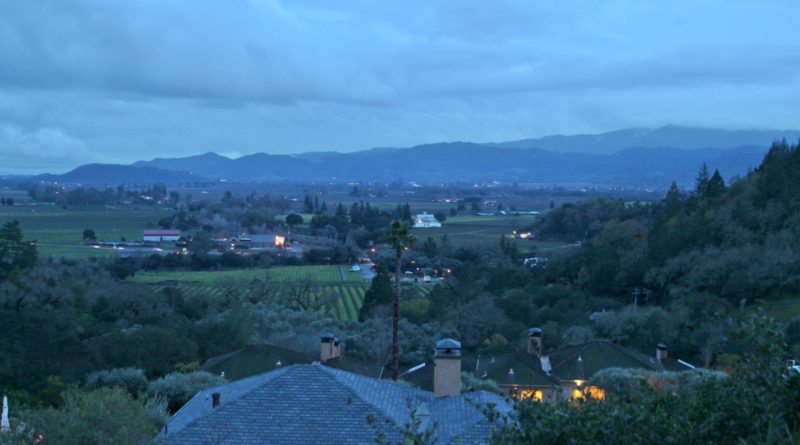 A down-to-earth wine tour in Sonoma ValleyCompared with flashier Napa, the feeling is more laid-back in Sonoma  — the perfect place to learn a little something while you sip.

THE DEVICE, A CURVED GLASS CYLINDER with a conical nose and a handle at the top, is called a wine thief. A winemaker plunges the tip into a barrel and places his thumb over the hole at the top, drawing a measure of wine from the barrel and then, if you’re lucky, depositing a taste into your glass.

This is the ritual known as barrel tasting. Ordinarily the only people tasting wine at this early stage are winemakers, who sample their concoctions as they mature. But for two weekends each spring in northern Sonoma County, the California wine region just west of the more celebrated Napa Valley, more than 100 wineries open their barrels and allow visitors to sample the nascent varietals — primarily the chardonnays, cabernet sauvignons, and pinot noirs that are this region’s best-known styles.
My knowledge of wine is quite limited compared with that of serious oenophiles, who look at barrel tasting the way cinephiles look at the Cannes Film Festival — they’re getting an exclusive taste of something that the broader public won’t experience until months later. The weekends also provide a chance to buy “futures,” that is, paying discounted prices today for wine that will be delivered when it’s ready to move out of oak and into bottles.

I’m in Sonoma for a wine-tasting weekend. As I walk between wineries in Healdsburg, a restaurant-and-shopping destination 70 miles north of San Francisco, the differences between Sonoma Valley and Napa Valley become apparent. Most of the wineries I encounter are small and family-owned, and as I taste from barrels, the person wielding the wine thief is often the owner. Many of these wines will be available only in restaurants; some are available only via mailing list. The feel in Sonoma is in stark contrast to Napa, where winery parking lots are built to accommodate large tour buses, young “tasting room hosts” often preside, and the adjacent vineyards produce oceans of wine for large corporations whose familiar labels crowd your neighborhood package store.

But the wine isn’t the only difference. In his book A Tale of Two Valleys: Wine, Wealth, and the Battle for the Good Life in Napa and Sonoma, journalist Alan Deutschman says Napa is “synonymous with elitism and prestige and the excesses of wealth and hedonism,” while Sonoma has “an almost anachronistic ideal of rural living and small town community.” He adds: “While Napa was transformed from a provincial backwater into a bastion of luxury and status, Sonoma became a refuge for free-spirited countercultural types . . . a new bohemia . . . Berkeley in the country.” In East Coast terms, think of Sonoma as having the authentic rural vibe of northwestern Connecticut or Vermont, with Napa more like the Hamptons.

While I had fun in Napa Valley on an earlier vacation, Sonoma is more my speed.

MY BASE FOR THE WEEKEND is a comfortable corner room at the Lodge at Sonoma Renaissance Resort (707-935-6600, marriott.com), 44 miles north of San Francisco. My room has a gas fireplace — useful on this unseasonably chilly weekend. The hotel features wine tasting and live music in the lobby each evening, and a shuttle bus frequently runs the mile or so north to Sonoma Plaza, a large grassy square in the center of town, where most of the shops and restaurants are located.
My time is limited and the choices many, so I join the Sonoma Food Tour (866-736-6343, sonomafoodtour.com) — an eating-and-drinking walkabout led by Mia Steiger, a bubbly local who launched the business last year. We start at 11 a.m. at Depot Hotel Restaurant (707-938-2980, depotsonoma.com), where chef Antonio Ghilarducci pours a house merlot and a sauvignon blanc (each made from grapes grown in the restaurant’s small vineyard) and slices of a blister-crusted, truffle-topped pizza. At the next stop, the family-owned Vella Cheese (800-848-0505, vellacheese.com), we try eight varieties; several are the same cheese aged for different periods, and the variety of texture and complexity is striking. At other stops just off the plaza, we taste local olive oils and chocolates; at a wine shop, we try two more wines, along with bites of house-made burrata and mushroom pasta from Della Santina’s (707-935-0576, dellasantinas.com), the Italian restaurant next door.

Along the way, Steiger describes the history of Sonoma, originally settled in the 1820s as the northernmost of Mexico’s Franciscan missions. Its pivotal figure was a Mexican officer named General Mariano Vallejo, who in the 1830s built military barracks and later a stately home in the town (both still standing and open to visitors) and laid out the street plan, including its central plaza — the largest in California and the only one to allow picnickers with open containers of alcohol, Steiger notes. The northeastern corner of the plaza is a special place in the history of California: There, in 1846, a small group of settlers raised a homemade flag with a bear and declared independence from Mexico. The revolt lasted just a few weeks before the United States settled the matter by annexing the territory. Today, the bear remains the central image of California’s state flag.

The tour also takes us past Sonoma’s most venerated restaurant, The Girl & The Fig (707-938-3634, thegirlandthefig.com), where I dine one evening. The French country restaurant, founded in 1997, enjoys stellar online ratings and routinely wins awards for its food. I bypass the Restaurant Week special — three courses (including a pork ragout) with wine pairings, for $39 — and let the waiter steer me toward the signature fig and arugula salad, with a northern California trout as an entree. I’m disappointed. There’s nothing wrong with the meal; it’s just unremarkable. The next day, while chatting with locals, I express my regret that the restaurant hadn’t lived up to the hype. “We’re hearing that more often,” says one hospitality worker.

Grilled bread with burrata, broccolini, and romesco sauce from Oso in Sonoma.

I fare better at Oso Sonoma (707-931-6926, ososonoma.com), which opened in 2014 on the south side of the plaza. Its chef-owner, David Bush, was previously executive chef at the awarding-winning St. Francis Winery. At Oso, Bush serves smallish dishes (larger than tapas, more petite than an entree, but very shareable) of flavorful, imaginative food. I sit at a counter overlooking the tiny two-man kitchen and watch them prep my dishes: a raw tuna with avocado, cucumber, and salty nuts; grilled bread with garlicky romesco sauce and creamy burrata; and pork tacos in a mole sauce. It’s too much food for a solo diner, but I enjoy every bite.

WHILE I FOCUSED ON FOOD IN SONOMA, I concentrated on wine in Healdsburg, home to the county’s barrel-tasting festival. Tickets cost $45 per day or $60 for the weekend; each guest is given a wristband and a specially marked wineglass, which entitles barrel tastes at participating wineries (wineroad.com). At first, wandering the streets with an empty wineglass feels weirdly inappropriate, but everyone else is doing the same thing and you soon get used to it.

I have much to learn. At restaurants, I often default to a glass of the house red. If the evening calls for a bottle, I hand the menu to someone who knows more than I do. I’ve never written a tasting note, but if I did, it would be filled with unsophisticated remarks: “mmmm” or “more, please.”

Though many visitors to Sonoma are true oenophiles, I observe none of the pretense or wine snobbery you see in a movie like Sideways. Tastings seem more laid-back than I recall from my trip to Napa. While many of the wines I try during this weekend retail for $40 or more, the Sonoma winemakers I meet talk about their wares not as works of art but with a hobby-ish nonchalance, as something they’ve whipped up as a nice complement to a meal.

During my visit, the crowd is decidedly middle-aged, and over several hours in more than a half-dozen wineries, I don’t see anyone visibly tipsy. In years past, the all-you-can-drink admissions scheme of barrel tasting began attracting the wrong crowd — young people who would supplement the wine tasting by swilling beer or shots in the parking lot and generally treating the event as a venue for getting wasted. In response, the local winery association banned full-size buses and posted notices that anyone intoxicated would be cut off. (They also provide a cut-rate admission price for designated drivers, who are given nonalcoholic beverages.)

For a novice like me, it’s always surprising how, in the right setting and under guidance, tasting wines can be surprisingly engaging. Perhaps a neuroscientist can explain why our brains have a natural affinity for compare-and-contrast exercises. Tasting a number of wines in succession, with someone knowledgeable explaining the differences, helps make the subtle variations more obvious. There’s pleasure in becoming aware of small preferences.

In Healdsburg, the tasting room at the Davis Family Vineyards.

At Davis Family Vineyards (866-338-9463, davisfamilyvineyards.com), the owner’s son, Cooper, pours me tastes of several not-ready-for-prime-time barrel wines, then goes to the storeroom to bring out last year’s version of the same wine in a bottle, offering tastes and explaining how the “young” wine will increase in flavor and body as it spends more time in oak. The differences are obvious, even to me. Then he thieves an ounce or so from a barrel made with grapes from vines that are more than 100 years old, explaining how these “old vines” produce lower volumes of more flavorful fruit, leading to more complex and satisfying wines. This time I can’t taste it, exactly, but I nod along appreciatively.

It’s raining as I pull out of Healdsburg late on Sunday, but after epic drought in California, everyone I meet is thankful for the precipitation. Even amid galleries and boutiques, Sonoma County remains an agricultural community — a place where people understand that for miles in every direction, this rain is providing sustenance to thousands of acres of grapes. Come harvest time, local vintners will convert them into something about which I can only say: Mmmm.