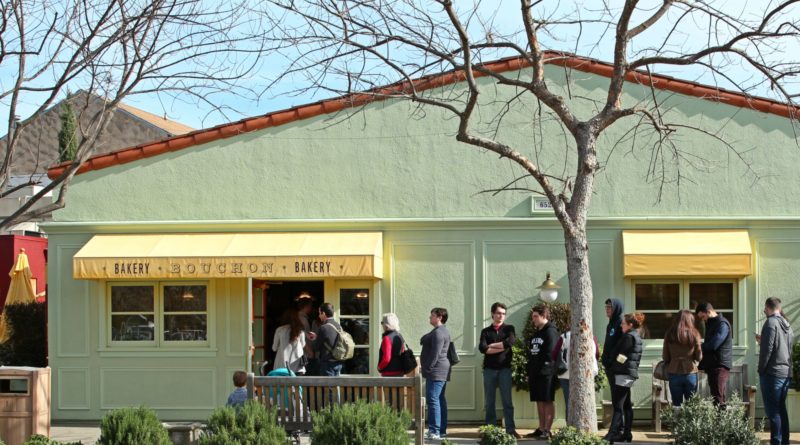 On tour with the Wine TrainJess Lander Jul 17, 2016 Buy NowJesse Duarte, StarThe Napa Valley Wine Train’s new Quattro Vino service began on June 1. Quattro Vino is offered in a 36-seat Pullman railcar that was redesigned with a “hip and contemporary vibe,” according to the Wine Train. Buy NowJ.L. Sousa, RegisterThe Napa Valley Wine Train continues its Quattro Vino, a culinary and wine adventure featuring stops at four of Napa Valley’s most iconic wineries — Robert Mondavi, Charles Krug, Merryvale and V. Sattui — featuring a three-course, small bites menu curated by Napa Valley Wine Train’s new executive chef, Donald Young.Finally, the Napa Valley Wine Train offers an experience that can not only compete with the wine country bus tours, but also offer a more sophisticated, intimate and complete Napa Valley adventure.The new Quattro Vino tour launched on June 1 and features four stops for tastings and tours at some of Napa Valley’s most historically significant wineries: Robert Mondavi Winery, Charles Krug Winery, Merryvale Vineyards and V. Sattui Winery. The six-hour panoramic journey up to St. Helena and back also includes four courses of small, gourmet bites prepared by an onboard chef and served by an attentive staff.Comparatively, the Napa Valley Wine Train’s other five winery tours last no more than two hours, and stop at just one or two wineries per trip. And while these tours range from $201-$261 per person, the Quattro Vino starts at $249. The new train is also available for private charters.Trading in the iconic Wine Train red and gold for a fresh navy-and-white paint job, the Quattro Vino has just one car with seating for 30 people, offering more intimacy than the other, multi-car trains. The vintage interior features two rows of brown leather love seats with plush, navy backs, each paired with a table for dining.The journeyPulling out of the station just after 10 a.m., passengers are greeted with a splash of sparkling wine. So as to not sip on an empty stomach, they start their day off with a selection of breakfast bites, including a mixed berry parfait, creme brulee steel cut oats, and ciabatta toast with egg and shaved pork.The train slows to its first stop outside the famous Mondavi Winery at 11 a.m., where passengers are led on a quick tour and receive an abridged education in grape-growing, winemaking and wine tasting, learning how to sniff, swirl and sip like a savant.Gathering in the barrel aging room at the library, among old, dusty bottles dating to 1966, the group tastes two signature wines. The fumé blanc, they learn, is a dry sauvignon blanc that Robert Mondavi named as a marketing ploy, because sauvignon blanc had a bad reputation at the time.The second wine poured is the 2012 Cabernet Sauvignon Oakville.John and Pat Hutchinson from New Jersey said the Quattro Vino tour was the highlight of their eight-day California vacation. Mondavi was their favorite stop of the day.“The Mondavi one was really educational, and the fella was funny and really knowledgeable,” said John Hutchinson, before his wife chimed in, “We kind of wish they were all like that.”After 40 minutes at Mondavi, including a quick visit to the gift shop, passengers return to the potent smell of truffle oil, ascending from cups of a delightful asparagus soup, paired with a blue cheese and apple salad.The train embarks on one of the longest legs of the day, all the way to the end of the tracks and the oldest winery in Napa Valley, Charles Krug. Glasses of the 2015 Limited Release Sauvignon Blanc are passed out upon arrival, much to the delight of the group members, who were made to wait about 20 minutes for their vino at Mondavi.Inside the chilly, 55-degree Reserve Barrel Room, cabernet and a red blend, Generations, are poured, while the tour guide details the winery’s fascinating history — everything from how Charles Krug got the land for the winery by committing his wife to the Napa State Hospital (a loophole in the prenup he was forced to sign), to the infamous, decades-long falling out between brothers Robert and Peter Mondavi.Upstairs in the much warmer, redwood hospitality center, guests enjoy one last pour of zinfandel, paired with a chocolate truffle from the neighboring Culinary Institute of America.With the train turned around for the tour’s back leg, lunch is served. Riders have a choice between grilled duck sausage or seared halibut. However substitutions are available for any dietary restrictions or preferences.Then it’s a quick ride to Merryvale, where the group is greeted by not just a glass of sparkling wine, but also the boisterous 100-pound golden retriever Daisy Mae. Once inside the historic cask room, cabernet is poured, as well as a more distinct selection, their muscat dessert wine, Antigua.It’s soon revealed that each winery on the tour has a Mondavi connection, though the Wine Train staff said that was unintentional. Robert and Peter’s father, Ceasare Mondavi, was an original partner of Merryvale,

Source: On tour with the Wine Train | Lifestyles & Entertainment | napavalleyregister.com