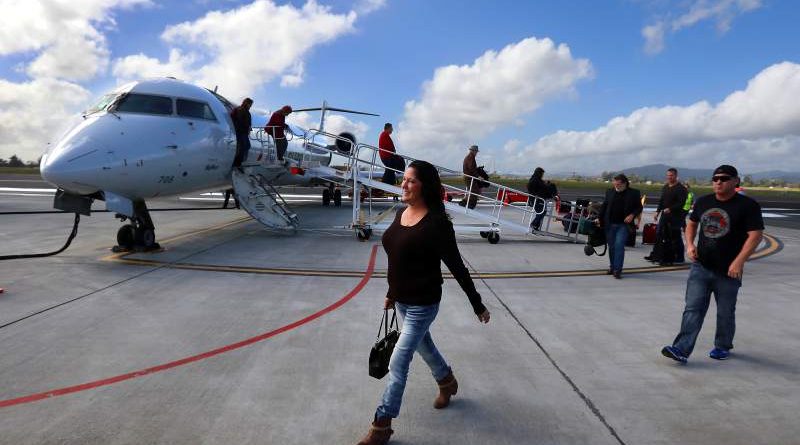 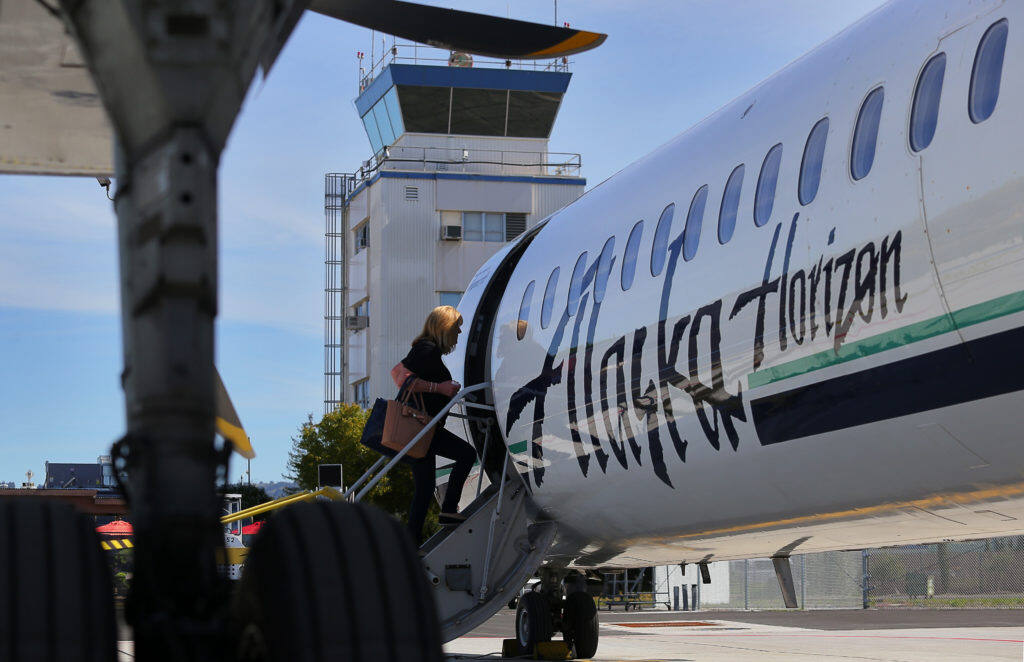 The number of passengers has been rising every month since January 2015, primarily due to the increase in flight activity, according to officials at the county-run facility on May 5. Last year, an average of five airline flights departed daily, compared with almost seven in April.

Alaska Airlines, currently Santa Rosa’s only commercial carrier, started a daily route between Santa Rosa and Orange County on March 16. Also added were a third flight to Los Angeles and a second flight to Seattle.The number of travelers through the airport is set to increase even more when the Allegiant Air starts service as Sonoma County’s second airline on May 19. The airline is beginning with flights to Las Vegas and Phoenix.Total airline passengers through the north Santa Rosa airport in April were 25,585, compared with 18,393 a year before, according to the report.The number of passengers arriving in and departing from Santa Rosa so far this year increased 31.2 percent to 89,477 from 68,184 in the first four months of last year. The load factor — how full the seats were on each plane — was 78 percent, up 1.3 percent for the year, so the airport saw a slight increase in ridership as well.In April, there were 206 arrivals and 206 departures.